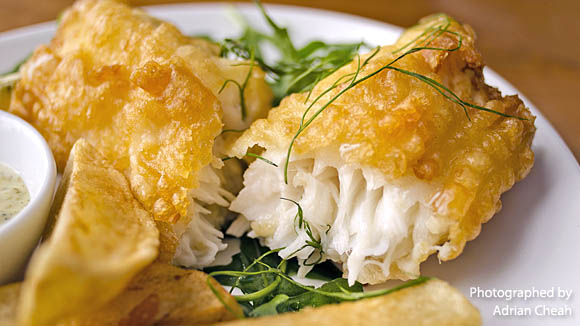 I am very happy for my dear friend, Maggie T as she makes one of her life long dreams come true with the launch of Uncle Albert’s Traditional Fish and Chips at Straits Quay. She has always wanted to open a restaurant and where better than to have it here in Penang, one of the top food havens of the world. Together with Liam Healy, they bring authentic fish and chips to the shores of George Town. 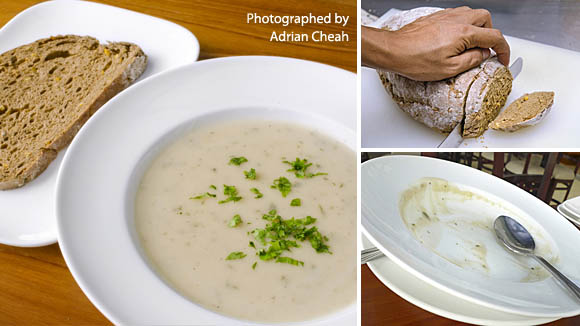 When my daughter, Jean wipes the plate of potato soup that clean, you know it's good and we're in for a real treat.

For all seasoned British Chippy lovers and those who have not yet experienced the pleasures of the great British Chippy, you will be happy to learn that Uncle Albert’s famous traditional English Cod is a dish that works on many levels. There is the crispness of the batter; the freshness and flakiness of the fish; the irresistible nature of the fluffy chips; and, finally, the extras. Salt and vinegar, and plenty of both for me, though I made short work of the mushy peas that are a traditional accompaniment in British fish and chip shops. 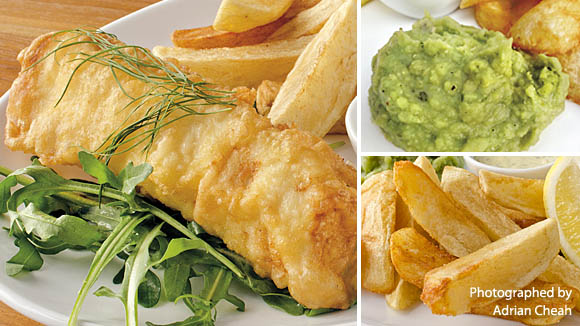 I am glad that a mild curry sauce that is so popular with the Brits were not offered at Uncle Albert’s. Penangites who know their curries too well will scream murder if it were to be poured on top of their fish and chips.

Having lived in Penang for more than a decade, Maggie understands the local culture well and appreciates the fact the Penangites demand not only quality food but also variety. Thus, on the menu, you will find much more than fish and chips – although battered cod, halibut and haddock as well as grilled monkfish and salmon are available. 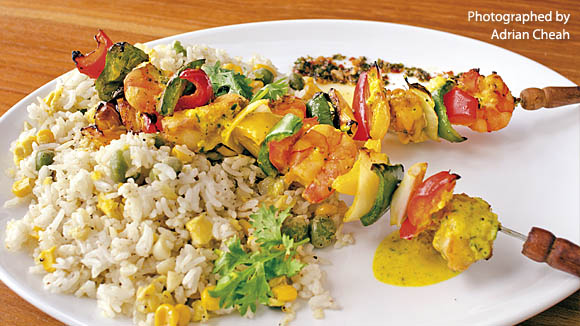 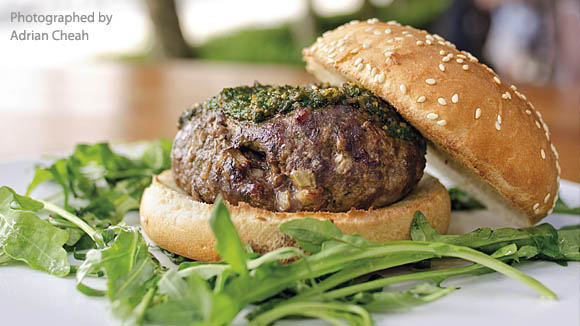 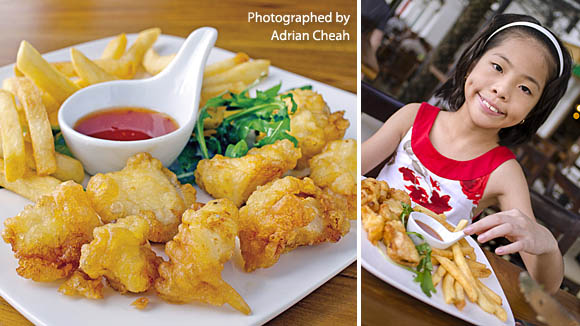 Entries for ‘kids’ include childhood favourites such as fish fingers and homemade chicken nuggets with chips.

Drinks wise, they have Kilkenny on draft alongside Tiger, Heineken and Guinness, an extensive wine list (including a house blend) as well as a couple of liqueurs, mocktails and juices.

The quintessential pairing of fish and chips with draft beer is quite heavenly. Indulge. 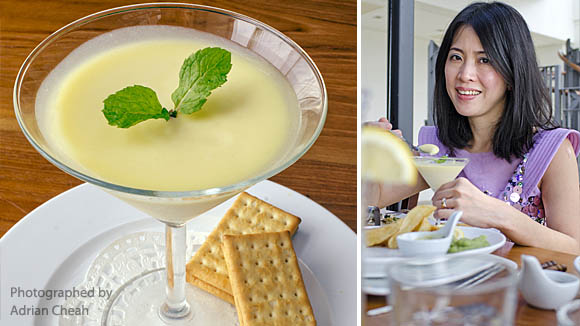 For dessert, my family and I ended with lemon posset and orange-buttered crepe. Both were intensely satisfying, ending a meal that was a classic old-style blow-out from the pages of Beano and Dandy.

Set in a conducive, cosy atmosphere, the restaurant have air conditioned as well as al fresco dining areas. The walls of the interior are plastered with newspaper headings of yesteryears, including some on Uncle Albert. If you opt to have your meal outdoors, you will enjoy cool sea breeze and a breathtaking view of Straits Quay marina overlooking luxurious yachts and boats.

For indoor patrons, via the theatre kitchen, you will be able to view first hand how your meal is being prepared as well as catch skillful chefs in action. You will also notice plump chicken being roasted to perfection in the rotary oven as aromatic flavours waft through from the kitchen. 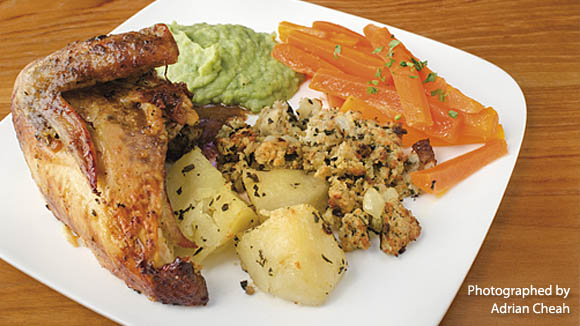 The way I see it, what sets Uncle Albert’s apart from the rest is Maggie’s passion and her culinary prowess that drive her team to excel in their service. Maggie explains that great food requires fresh, quality ingredients. All the fish served at Uncle Albert’s is ridiculously fresh because they are carefully selected and air-flown to Penang from Ireland, England, Iceland and Norway. All soups, sauces and seasoning use quality ingredients and are prepared in-house. Uncle Albert’s food is also MSG free.

When asked what makes Uncle Albert’s signature dish so mouthwatering, Maggie divulge: “The secret not only lies in the batter but also the exact temperature at which the batter puffs up, protecting its piscine contents, allowing the fish to steam rather than wallow in oil.”

Uncle Albert’s food is good, very good to be fair, and well above most fish and chips I have tried. So well done Maggie and keep it going.

On 15 October 2019, after six years of serving crispy fish and chips along with other delectable offerings, Uncle Albert's ceased its operations. Maggie has closed an interesting chapter in her life here even as she begins a new one.