Emil Goh says: I have been photographing cyworld users in their minirooms & offline spaces.

And next week I will show a work done in my "officetel" (office-hotel=a korean type of dwelling for mixed use), mirroring my miniroom.

My main reasons for doing this work is a fascination of how much young Koreans live online plus the variety of accommodation types that exist in this city (from regular 3-4 bedroom family apart).

In Cyberspace everybody can hear you scream 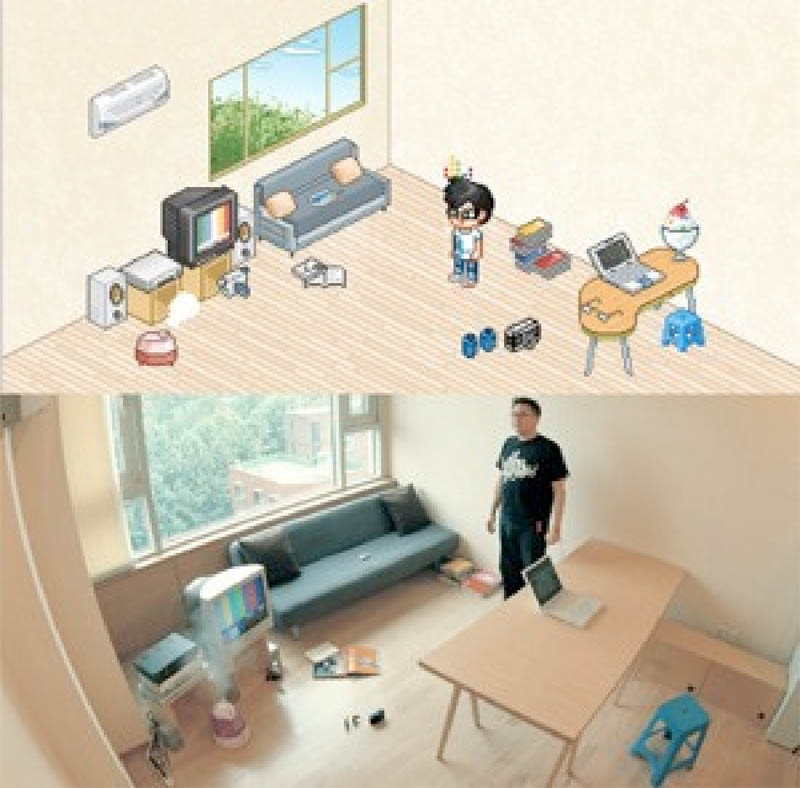 Emil Goh has reaaranged his actual room to resemble his miniroom on Cyworld in his work “miniroom.”

With the largest number of Internet users and broadband Internet connections per capita in the world, contemporary Korean can no longer function without the Internet and its culture is becoming increasingly pervasive. For a month and a half until Nov. 28, seven young individual artists and one art group will display 10 works which reflect these phenomena. The exhibition, titled “R U Logged On ^^;?” is at the Ssamzie Space, a gallery located near Hongik University, northwest of Seoul.

The main focus of Emil Goh’s practice is the details of living in cities. In 2000, he made his first between video, which showed a series of 360 degree video panoramas of different apartments and their window views in London (followed by between (Hong Kong) 2002 & between (Seoul) 2004).

The following year, he started his series of video snapshots or long photographs that were closer to 60 seconds than 1/60th second (Styrofoam 2001, Mall 2001). He then began concentrating more on his still images like the Lantern series, 2002 (glowing after-hour office blocks) & bldg 2003 (light trails of birds above a skyscraper).

Fascinated with how many young Koreans construct lives online, Emil Goh started photographing users of Cyworld, a virtual community that allows users to create rooms using various skins and other icons of furniture and appliances. In Goh's work, these imagined universes are perfect counterpoints to explore the many different living situations in Korea. 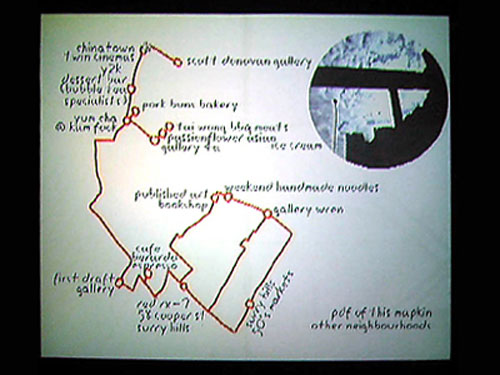 'RE/MAP 2002 in KITAKYUSHU' is the exhibition that had been held from April 27 to May 12 at Laforet Harajuku Kokura.