A Man for 4 Seasons Emil Goh's sudden journey to the Galaxy presented me with a breakthrough to write poems remembering him. Up to now, I have written 4 poems, and have intention to write more to the memory of Emil. Eventually, all of these poems will be included in a book of poetry.

Malaysian born artist Emil Goh captured ordinary everyday moments in his photographs and video works, transforming the mundane into the extraordinary and showing the beauty that surrounds us.

Just got a sad news from Wendy Gan about Malaysian Chinese artist Emil Goh: "Emil passed away suddenly on the morning of 7 September 2009 in Seoul. He had a seizure of some kind in the morning. The ambulance was called but his heart had stopped beating by the time the ambulance reached the hospital. His girlfriend was by his side. This has been a huge shock. He was still young and with no health problems that we knew of. We do not yet know what exactly happened.

Emil Goh (b.1966, Malaysia) passed away on Monday 7 September in Seoul. It’s taken us a bit of time to come to terms with the shock of it, something that seems so impossible. Emil as a person was so ever-present, so tapped into life and people and stuff. Even if he only appeared in my life intermittently, on trips home to see his family, I could always be sure that he was working away at something fun, making things happen. It’s hard to imagine him as being truly absent. I think everyone who knew Emil loved him in some way, and Emil knew an awful lot of people.

On my other blog I just wrote a small tribute to a person that died who I didn't know but his death affected me a lot. He went by the handle "superlocal." He was a photographer that took great pop-culture photographs. I loved going to his blog to look at his photos. It really brightened my day due to his aspect of the world and his subtle sense of humour. I was able to get in touch with him briefly through twitter before his account got suspended (he was listed as a spammer though I never saw any spam come from his account). I found him to be very personable and friendly person.

We can hardly believe he was forty-three, as he was always seemingly, endlessly youthful: enthusiastic, engaged, dynamic, funny; always knowing the latest trend, where to go, what to do, who to meet, and, as the tributes to him all say, where to eat.

A long Goodbye Broke through My Brain

My brain shattered into a million pieces,
And dispersed in space.

A Song for Emil Goh

The Man Who Was Everyday
Written by Moominn S. P. Park

Chronicler of the Asian-Australian experience

Emil Goh, who began his career as a photographer and video artist, became a designer, writer, publisher, visual artist and one of the founding members of Sydney's pioneering non-profit art space Gallery 4A.

The Australia Council for the Arts mourns the passing of visual artist, curator and writer Emil Goh, at the age of 43.

Emil Goh completed an honours degree in Fine Arts from Sydney College of the Arts and a Masters degree at Goldsmiths College in London. Goh's work can be described as the documentation of ephemeral urban phenomena.

In Memory of Emil Goh 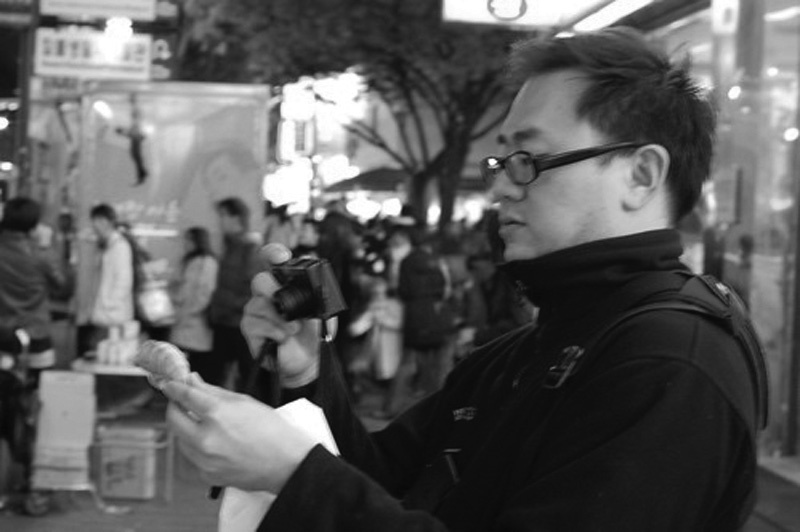 Emil Goh was a polymath – artist, designer, writer, photo-blogger, teacher, tech geek and pop and vernacular culture fiend. His fierce intellectual inquisitiveness about absolutely everything was his defining trait. He had the curiosity and wonder of a child, but with an intellect so sharp that it could dissect the mundane to reveal the extraordinary. This was his gift and it shaped his art and design work as well as his approach to life.

Man of the World

Emil Goh (b. 1966, Malaysia) passed away last Monday 7 September at his apartment in Seoul.

Emil was an artist, designer, traveller, foodie, people person. We cannot lay claim to him in earnest as our fellow countryman – Emil really belonged to a broader sort of society, a ‘man of the world’ in a very today sense. Yet there was certainly the Malaysian in him, who loved to eat good food, banter, and kaypohin a positive and creative way. Most of us in Malaysia will only know of Emil through his work, which has been shown intermittently here in curated shows at the Balai Seni Lukis Negara (National Art Gallery) and elsewhere. Some of us know him as the son of the painter Sylvia Lee Goh, who would be touched that those in the art world here, especially artists, have voiced real sadness and shock at the news of his passing. 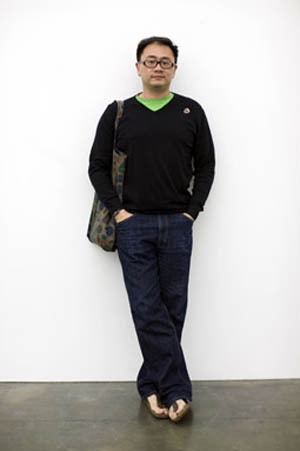 The sad news arrived at the Realtime office in late September of the sudden death of the talented and gregarious new media artist Emil Goh in Seoul.

Remembering Emil Goh: A night and a day in Seoul 2007 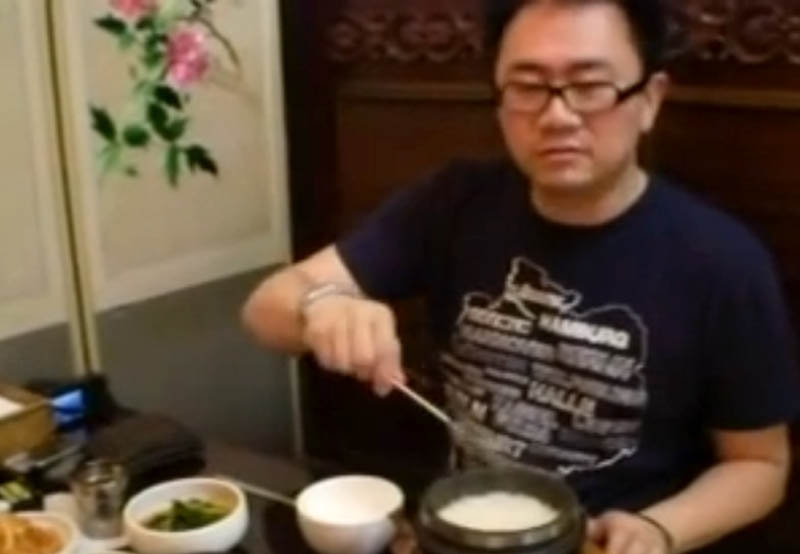 I just checked my passport to see exactly when it was that I spent one very strange evening and an unforgettable day in Seoul, courtesy of the dearly departed Emil Goh. I see that it was Saturday 8 September 2007 that I watched a live Australian Rules football final between the Sydney Swans and Collingwood, screening outside a Seoul street cafe that Emil hunted down specially for me. And it was the following Sunday 9 September that he took me on a five-hour guided tour of one of his favourite Seoul neighbourhoods.

First, I need to apologise for my poor English
because my first language is Japanese.
Emil and I first met in 2001.
I was in Sydney for a show at the Museum of Contemporary Art.
I met Emil at the opening reception.
He just came over to me with a smile.
On the next day, he showed me around Sydney.
Immediately we became good friends.
I was there only for a week but
I still have good memories of Sydney,
because from him.

I have been remiss in sharing my experiences for the last week. Mainly, because I have been missing my loved ones and mourning the departure of my children. However, I must apologize. I have learned so much about sharing, recently, that I should know better.

I have learned about it in an unexpected way from a very unique and talented person. Emil Goh, I have been privileged to know, is one of those people who had an unlimited supply of himself. Always, he enthusiastically shared of himself, his photography, his design projects, his artwork, his opinions and above all his friendship. His energy and good nature was both charming and intoxicating to those graced with his presence.

A tribute to Emil Goh

Emil was like the brother I never had. It was the similarity in our upbringing – coming from middle-class English-speaking families in S.E. Asia and going to a similar kind of school. It was also the similarity in our instincts. We had both felt in our youth the need to leave Asia and spread our wings. We both loved cities and when we net in London in 1997, it was that city that cemented our friendship – walks through Islington, Portobello, Notting Hill. This being Emil, the food of London also played its part. Brick Lane for bagels and baked cheesecake, Borough market for the wholesale food stalls, Tower Bridge to eat at one of Conran's restaurants during a special lunch offer. We spent three happy months enjoying London, food, art, music and each other's company.

Today was to be my day in Seoul with Emil. The only person I knew in the city. The man who everyone was excited to be around. I don't know his friends in Seoul but can surely speak for myself as a friend from Sydney, where he has many, many loving and good friends.