All about Penang & more

Penang today is very much an amalgam of the old and the new – a bustling port, a heritage city and an industrial base. Perhaps it has more to offer per square mile than any other place in the world. For sheer variety of locales, cultures and foods, Penang is hard to beat. Here are stories about Penang and more.

You cannot miss the building. Nestled among rows of old Indian Muslim carpet stores, jewellers and eateries, the ancestral temple of the Teochew Chinese stands out with its pronounced Chinese architecture and imposing doors featuring twin larger-than-life Chinese warriors in full regalia. This silent and formidable pair with their red faces and weapons, frightening to foes yet welcoming to members and visitors, have been standing guard to the temple's peaceful interior for more than a century. Their presence recalls to mind a rather popular Chinese tercet: "Like the spring rain to a lotus blossom, thou art welcome; come, rest within".

A fascinating Chap Goh Meh legend tells the tale of a lonely young bachelor, who during an outing on this moonlit night, was suddenly enchanted when he caught a glimpse of the most beautiful girl he had ever seen. Who was this exquisitely delicate beauty driving by in all her finery, he wondered? With excitement pounding in his heart, the hopeful young man quickly jotted down the number of the car she was in, lest he forgot.

In Chinese iconography, the Crane holds special significance. It is an auspicious symbol denoting longevity, and wisdom that comes with age. The Crane is said to manifest a peculiar interest in human affairs and is also often associated with good luck, high-mindedness, purity and freedom.

When I was in France, I was bowled over by the pâtisseries, offering delicate beauties that were truly culinary works of art. Sipping a creamy cup of cappuccino while savouring a freshly baked croissant or a slice of the rich, decedent opera cake was indeed a heavenly experience.

Indulging in the finer things in life at Le Venue

How much are you willing to pay for a great dining experience? If the sky is the limit, then Le Venue is just the place for you. With a brilliant flare of culinary magic, Chef Petr Fehér is able to transform top quality ingredients from the four corners of the world into sumptuous delights. His ultimate artistic presentation is a visual feast and the ingenious combination of flavours is simply astounding.

The intriguing tale of deliverance behind the Hokkien New Year

The ninth day of the first lunar calendar is especially significant to the Hokkien people (a subgroup of Chinese). Some traditionalists would even venture as far as to say that it is much more important than the Chinese New Year day itself because on that day, the entire Hokkien clan was spared from being massacred. They believe it was the Jade Emperor, also known as the God of Heaven, who protected them. Thus, it is celebrated with more grandeur especially in Penang compared to the first day of the lunar calendar.

The legend of the ferocious beast called Nian

'Nian' in Mandarin means 'year'. However, legend has it that Nian was also a mythical creature that terrorised humans during the New Year. It was so fierce that it threatened to destroy the entire race of mankind.

At a loss at what to do, the Emperor summoned his advisors to find a solution to this looming armageddon. Having devised an infallible plan, the advisors approached Nian and challenged this all-powerful beast to prove its invincible strength by destroying all other monsters on earth rather than erasing the humans who were obviously no match for it.

Ti Kuih to sweeten the words of the Gods

Kuih Talam, a classic Nyonya cake, is still popular in Penang today. Its two signature colours are green and white. The sweetened green base layer is perfumed with pandan (screw pine) juice while the top white layer has a "lemak" (rich) indulgence of santan (coconut milk) that is mildly salty. It is dangerously addictive and a slice is never enough. Maybe that is why nowadays, Kuih Talam is cut and packed in two or three pieces. I also notice that the pieces are much smaller than what they used to be when I was growing up.

Le Venue revisited (many times over)

When it comes to good food, Penangites are spoiled for choices, from hawker fare to fine dining cuisine. Having said that, to mark a memorable evening, one would still have to ponder and think of an appropriate venue. Some restaurants have introduced fusion food that does not make sense while others have to implement nouveau cuisine with hardly anything on the plate and everything on the bill. Being prudent with their spending, Penangites would feel disgusted if they leave half full, having to stop at a nearby coffeeshop thereafter for a plate of sar hor fun. I would always assume that such places would not survive the tough clientele on the island, nevertheless although many have fallen, there are those who have managed to thrive. There are also many restaurants that serve mediocre meals that are simply forgettable.

The Ferringhi Garden Restaurant: great dining within an oasis

The Ferringhi Garden Restaurant has an amazing lush garden filled with flowers in full bloom. Even before looking through the menu, we could not resist taking a few photographs of its tranquil and beautiful dining ambience. 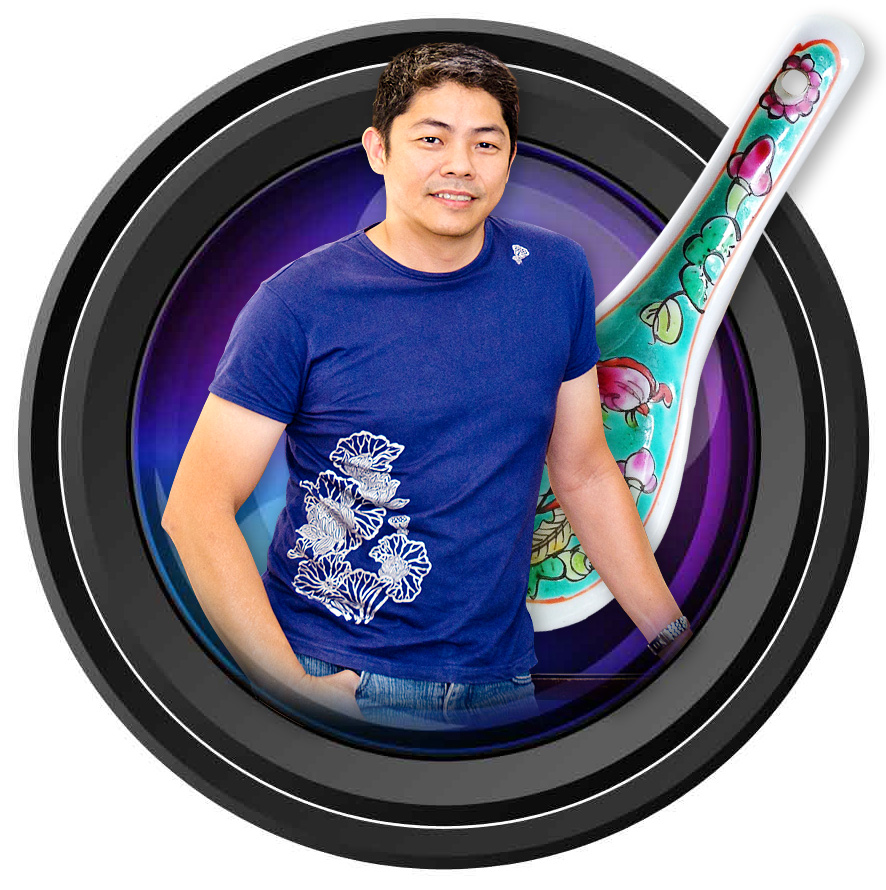